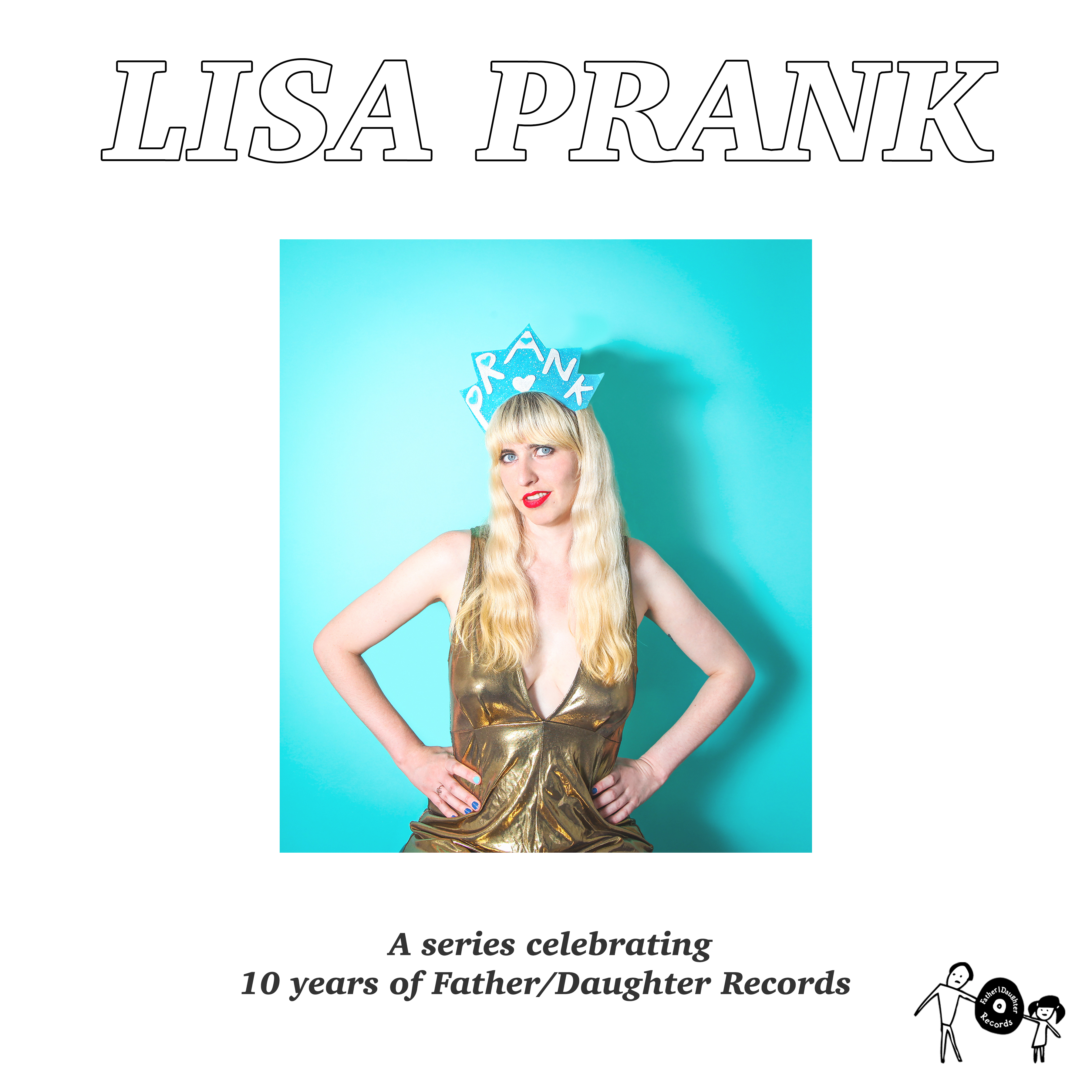 Lisa Prank: I was a fan of bands that Father/Daughter had put out at the time like Remember Sports, Happy Diving, and Diet Cig and once I had finished recording Adult Teen my friend, known angel Nathan Walker suggested I send the record to Father/Daughter and seemed like a perfect fit. I emailed it to Jessi, who responded shockingly fast, and the rest is history!

LP: Big dramatic feelings, failed romantic relationships in Denver (where I lived before moving to Seattle), playing around on my Roland MC-505 drum machine, feeling bratty, being young and in and out of love.

LP: My friend Eric Randall recorded the record all at the house we live at in Seattle. We would record as we both had time so it was recorded over many months in the living room, with the vocal booth in the bathroom. I remember for the recording of “Starting Again” I wasn’t singing it with enough emotion the first few times, so Eric really producer-ed me and made me read some old emails from my ex to get me in the mood. Once I was upset enough again I sang the take we used on the record.

F/D: If you could go back in time and add one song to adult teen, what would you want it to be about?

LP: It’s funny, most of these songs are about romantic relationships. But when I think about the era of my life when I was writing and recording this record, the biggest thing I remember about the time was just night swimming and having heart to hearts and falling in deep platonic friend love. If I could go back I would add a platonic love song for all my wonderful friends who are the true loves of my life.

LP: How do you choose favorite stars in the sky? I’m really inspired by the Father/Daughter catalog. Just a few off the top of my head are: Vagabon, Happy Diving, Pllush, Diet Cig, Remember Sports, Shamir, Christelle Bofale, Anna McClellan, SOAR, Fits, Art School Jocks, Tasha, Hiccup, Nnamdi Ogbonnaya, and so so many more! Oh also the Faux Real comp rocks and I wanna be on the next one

F/D: What've you been up to since?

LP: I put a record with my supergroup Who is She?, released a Lisa Prank record with a full backing band last year called Perfect Love Song, and in quarantine I just bought another Roland MC-505 (the original one was stolen years ago). Right now I’m back living in the same Seattle house I recorded Adult Teen in and planning a return to my first love, the drum machine, for the next Lisa Prank songs.

10 years of Father/Daughter - an interview and playlist with Robin Edwards aka Lisa Prank 
 Posted on August 27th, 2020

Save this weekend only with our Midwestern Geo Sale! 
 Posted on August 7th, 2020

10 years of Father/Daughter - an interview and playlist with Alex Luciano of Diet Cig 
 Posted on July 23rd, 2020