Remember Sports share "Up From Below" off their forthcoming new album!

It's been some time in the making, but it's finally here. Listen to "Up From Below", the first single from Remember Sports' third full-length, Slow Buzz.

"Amid crunchy power chords and searing guitar hooks, Perry impressively deploys a rapid-fire torrent of words that cut through the fray with open-hearted honesty."- NPR Music

Pre-order Slow Buzz as one of two vinyl variants, a CD digipack, or as part of a bundle with a pre-order exclusive Remember Sports t-shirt! And for the first time in Father/Daughter records history, we'll be including a temporary tattoo sheet inside every LP jacket.

Slow Buzz will be releasing on May 18th. You know how it goes: pre-order before it's too late!

That's right, for the first time ever, you can order from our UK store right here if you don't live on the Western Hemisphere! No more high shipping prices! No more long waits in front of your mailbox! We're slowly but surely getting all of our stock on it, so if your fav record isn't on it yet, it will be soon.

Hold tight, things are just getting started in 2018!

Give a warm welcome to Pale Kids; the newest addition to the Father/Daughter roster!

With the release of Hesitater, a new three-song EP by Durham’s Pale Kids out March 23, the band takes another step forward, writing their strongest melodies to date and crafting lyrics that pack a meaningful punch. The EP’s opening track, “St. Theresa” is a song about defining your beliefs on your own terms no matter what anyone else has to say. Hesitater proves that Pale Kids have come into their own, creating whip-smart punk at a time when it’s needed most.

Pre-order Hesitater HERE and watch the music video for "St. Theresa" below!

In "Nail-biting Song" Anna McClellan conquers the unescapable feelings of monotony, frustration and sadness alongside an emotive piano ballad. Watch the dreamy visual companion for the track below, and read the piece Gorilla vs. Bear wrote about the video HERE.

Diet Cig's Over Easy gets a CD and vinyl repress treatment

You read that right. Diet Cig's debut Over Easy will be available on "Green Eggs & Ham" vinyl and CD starting April 6, 2018. The vinyl is also available as a limited edition bundle with an exclusive Diet Cig University tee. The Deluxe Edition CD includes the two songs from the now sold out Sleep Talk/Dinner Date 7". Pre-order all formats here! 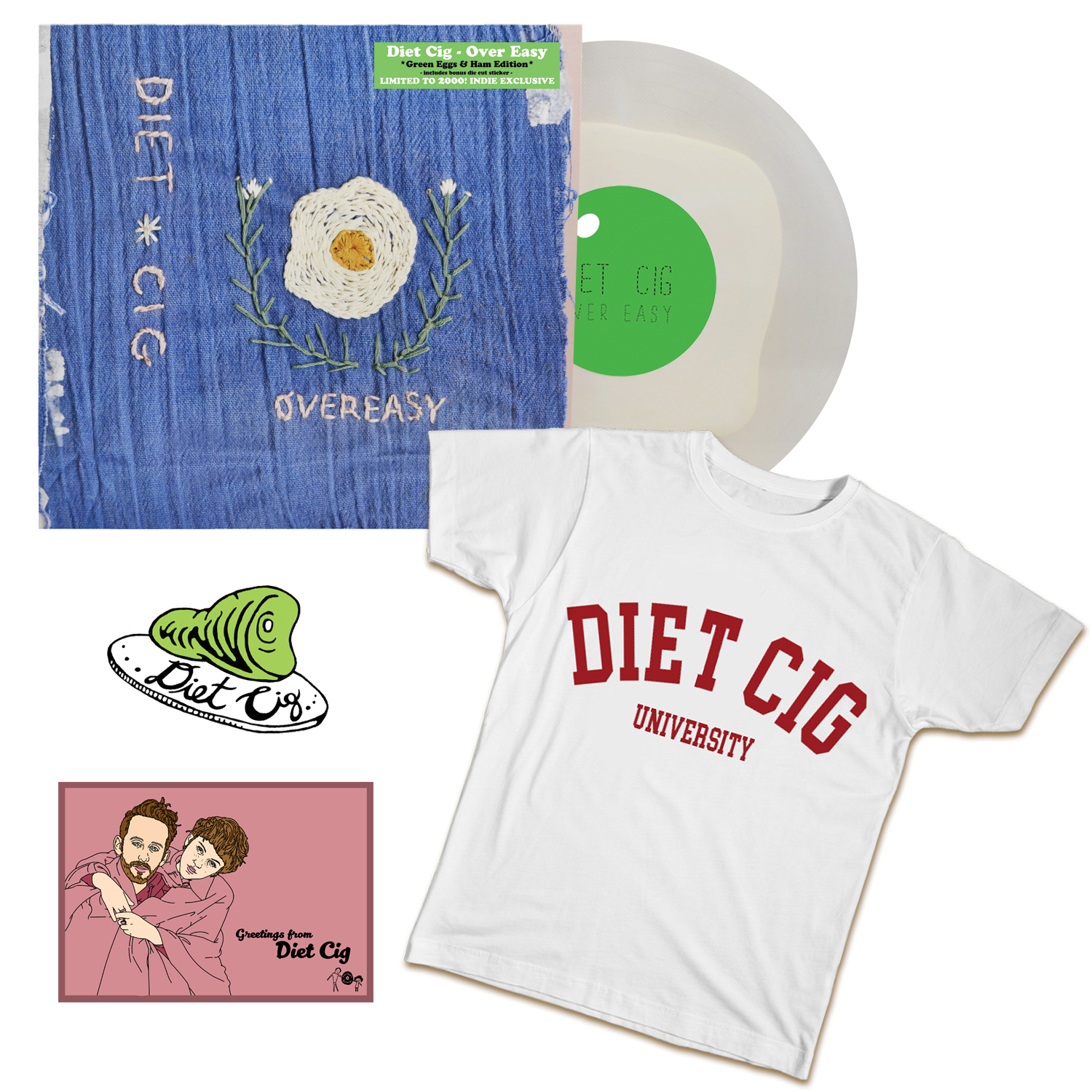 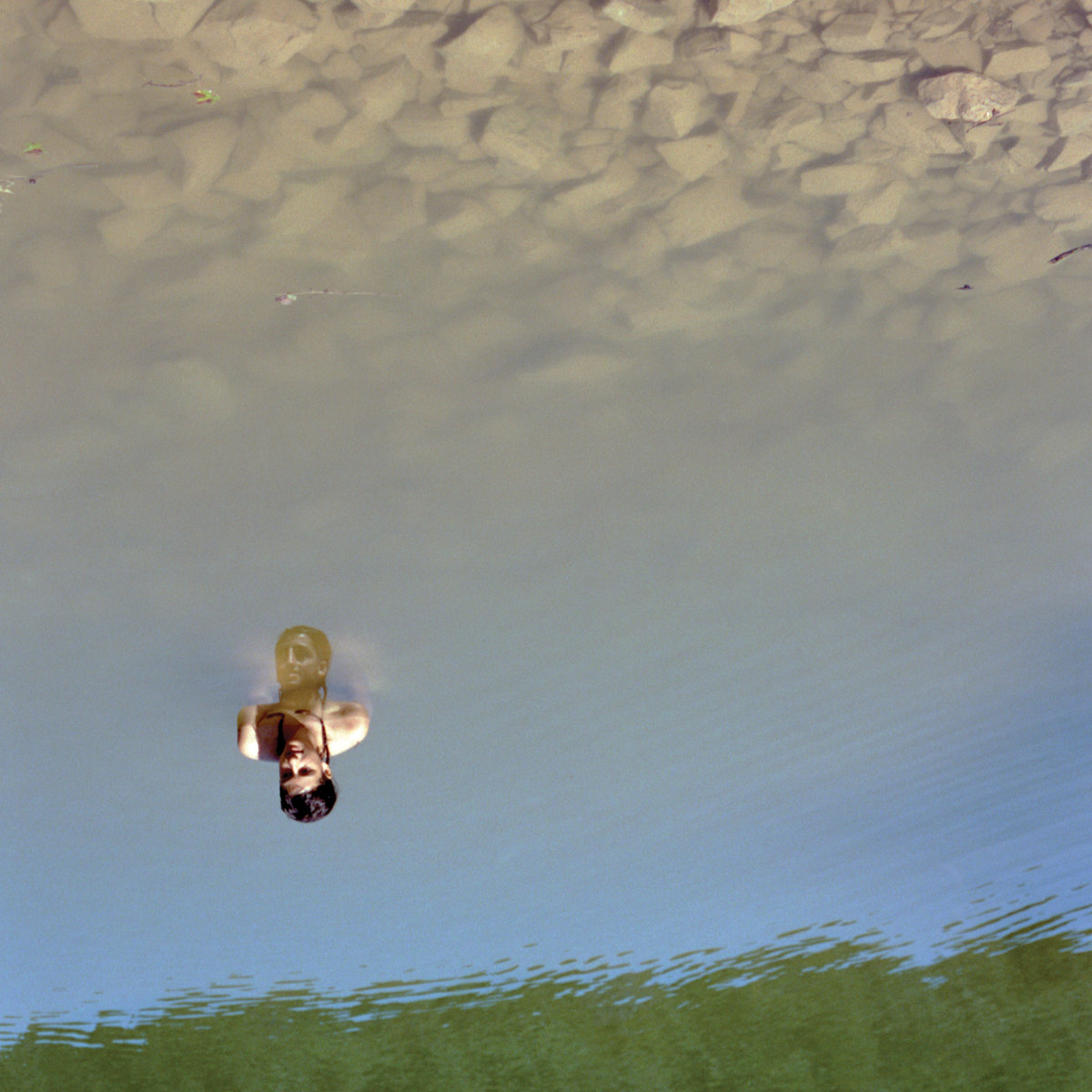 Vinyl is in, orders are out, and streams are live. Thank you to everyone who supported our label with pre-orders of oh my over the past few months. It was definitely worth the wait!! oh my is available to stream on all streaming platforms and you could get a physical copy from our store or memphis industries' store if you live in the U.K.

You've waited long enough, here's the second and newest single off Anna McClellan's upcoming record, Yes and No. Gold Flake Paint was kind enough to premiere the song, and had the following to say about it:

Flailing Orbits, the latest song to be plucked from Anna McClellan’s forthcoming new record on Father/Daughter, sticks around for just shy of two minutes, seemingly because there’s nothing else for it to say, no ambiguous strands to be tied neatly in to bows. As wholesome as something so fleeting can be, the track is another impressive, invigorating taster of the ‘Yes and No‘ LP.

If you haven't yet, pre-order the record or CD here. The vinyl just arrived at Father/Daughter headquarters, and orders should be shipping the second week of February. You're going to love this one, trust us..

It's that time of year again, folks. If you live near or in Austin, come hang at The Sidewinder on Tuesday, March 13th!! Us and Don Giovanni Records will be throwing quite the shindig in the Lone Star State. It's going to be a wild week in Austin, but we'd love to see ya! RSVP HERE!

Listen to "Pews" the latest single off Nadine's upcoming album, oh my

Returning to the stage to reveal the last single off her upcoming record, oh my, Nadine brings forth a near-hypnotic track that definitely gets us grooving. Leah Mandel of The Fader wrote a short piece on "Pews" and had the following to say about it:

"Pews" is the record's third and grooviest single. Its beat, layered but breezy, is anchored by Hulett's velvet voice, which she uses to examine her relationship to spirituality."

Read the full Fader article here and pre-order a digital or physical copy of the record on our store here. oh my will be released on January 26, 2018 in the United States on Father/Daughter Records and on Memphis Records in the U.K. and Europe.

Say ho-ho-hello to Lisa Prank & Seattle's Little Helpers, whose 'Gimme What I Want' holiday EP is out tomorrow! You might recognize the two cherubs joining Lisa Prank as Bree from Tacocat / Childbirth and Tristan from Dogbreth. This 4-song EP is destined to find its way onto your holiday party mix. Get it now here (http://smarturl.it/gimmewhatiwant) and listen to "All I Want For Christmas (Is To Be With You)" now!

Listen to "Heart of Hearts" off Anna McClellan's forthcoming album

Anna McClellan's new album entitled Yes and No will be released February 23, 2018. The Fader premiered the first single from the album, listen to "Heart of Hearts" HERE. Pre-order Yes and No on vinyl, CD, and digitally HERE. 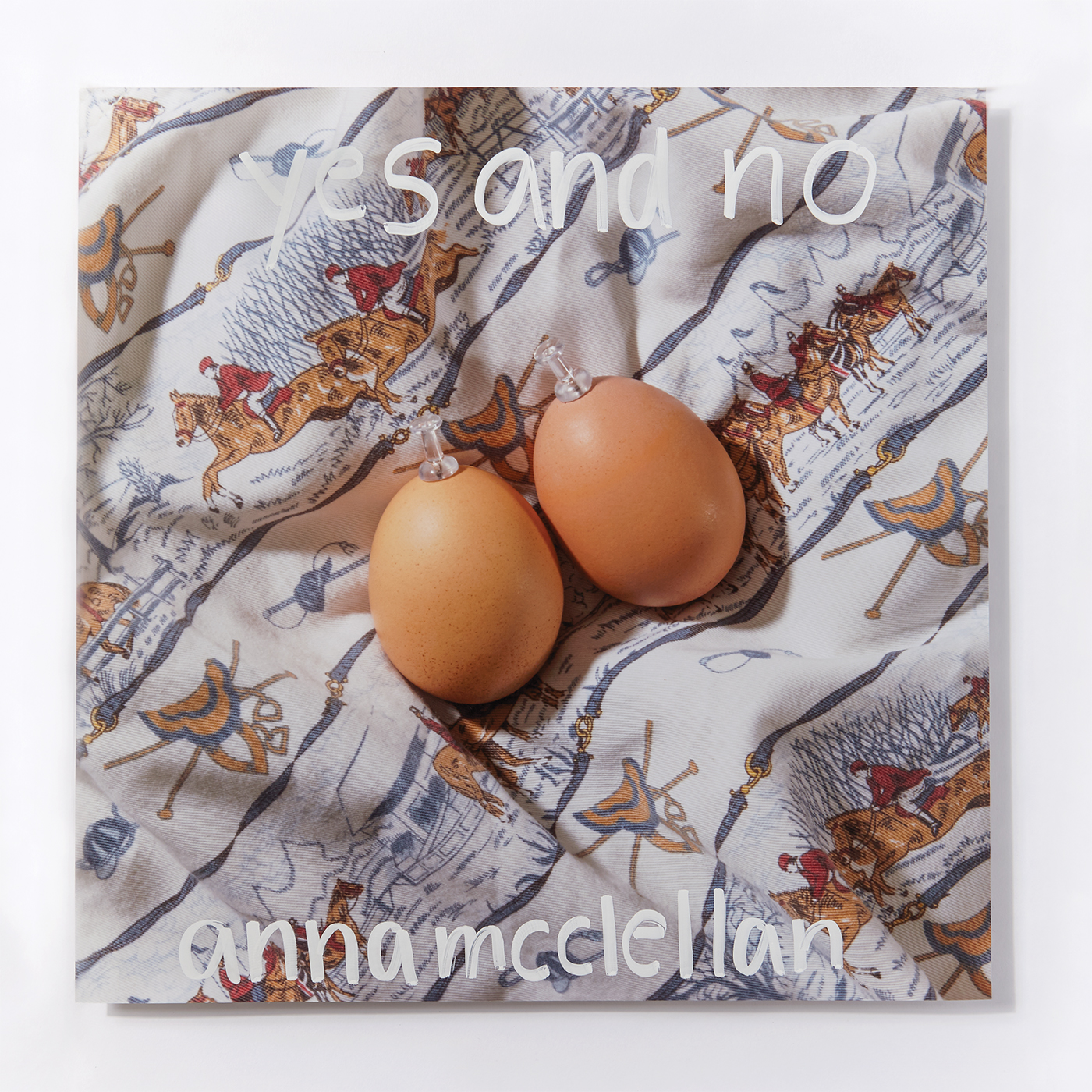 Amy Fleisher Madden's novel A Million Miles is about a girl's adventures on tour with her favorite band, Crimson + Clover. The paperback is available to purchase now here and a limited edition book with embroidered patch bundle begins shipping January 15, available for pre-order here.

Welcome NADINE to the Father/Daughter fam!!

The word is out, Brooklyn based collaborative project, NADINE, is releasing their debut record on Father/Daughter Records and Memphis Industries (UK) on January 26, 2018. oh my is the result of combined musical artistry between Nadia Hullet, Carlos Hernandez, and Julian Fader. Jazz-influenced melodies, a pop ethos, and layered instrumentals fill the space on the record beautifully. Trust us, you're going to love this one.

Listen to "Ultra Pink," the first single off of NADINE's record, oh my, on Gorilla vs Bear: http://www.gorillavsbear.net/premiere-nadine-ultra...

Pre-order oh my before it's January release here http://smarturl.it/nadine_ohmy.

Finally revealing what they've been working on since their 2016 release, Please, Plush returns to the spotlight with their new track, "50/50 20/20". Stereogum wrote a lil piece about the 6 minute monster and you could read about it here. Plush's split with SPORTS releases on October 20th, pre-order it here.

Still don't know how to feel about new music? Need someone to tell you how THEY feel before affirming your own opinions? Don't worry, it's all good. Peep The Fader's review of Revelations here and don't forget to pre-order your new favorite record of 2017.

Listen to the newest Who Is She? single, "Seattle Freeze" starting today

Your favorite Seattle-based supergroup, Who Is She?, is sharing their new single "Seattle Freeze" on KEXP today! If you weren't in the greater Seattle area to catch the broadcast, you could always stream it on their Bandcamp or soundcloud. Pre-order SEATTLE GOSSIP here before it's release on 10/6.

Listen to Shamir's newest track off his upcoming record Revelations today. The song itself presents the issues that seem to haunt those that grew up in the 1990s - from kids experiencing mental health issues to those who feel like we've had it against us from the start - "90's Kids" is the new millennial anthem. Pre-order Revelations here, and watch the music video for "90's Kids" below. Father/Daughter and Shamir will donate $1 per sale through street date to the Mental Health Association of Pennsylvania.


BONUS SHAMIR OFFER: If you are one of the first 300 people to pre-order Revelations on either CD or tape, we'll throw a Shamir mask in your order for free! Don't snooze on this hot deal, y'all. 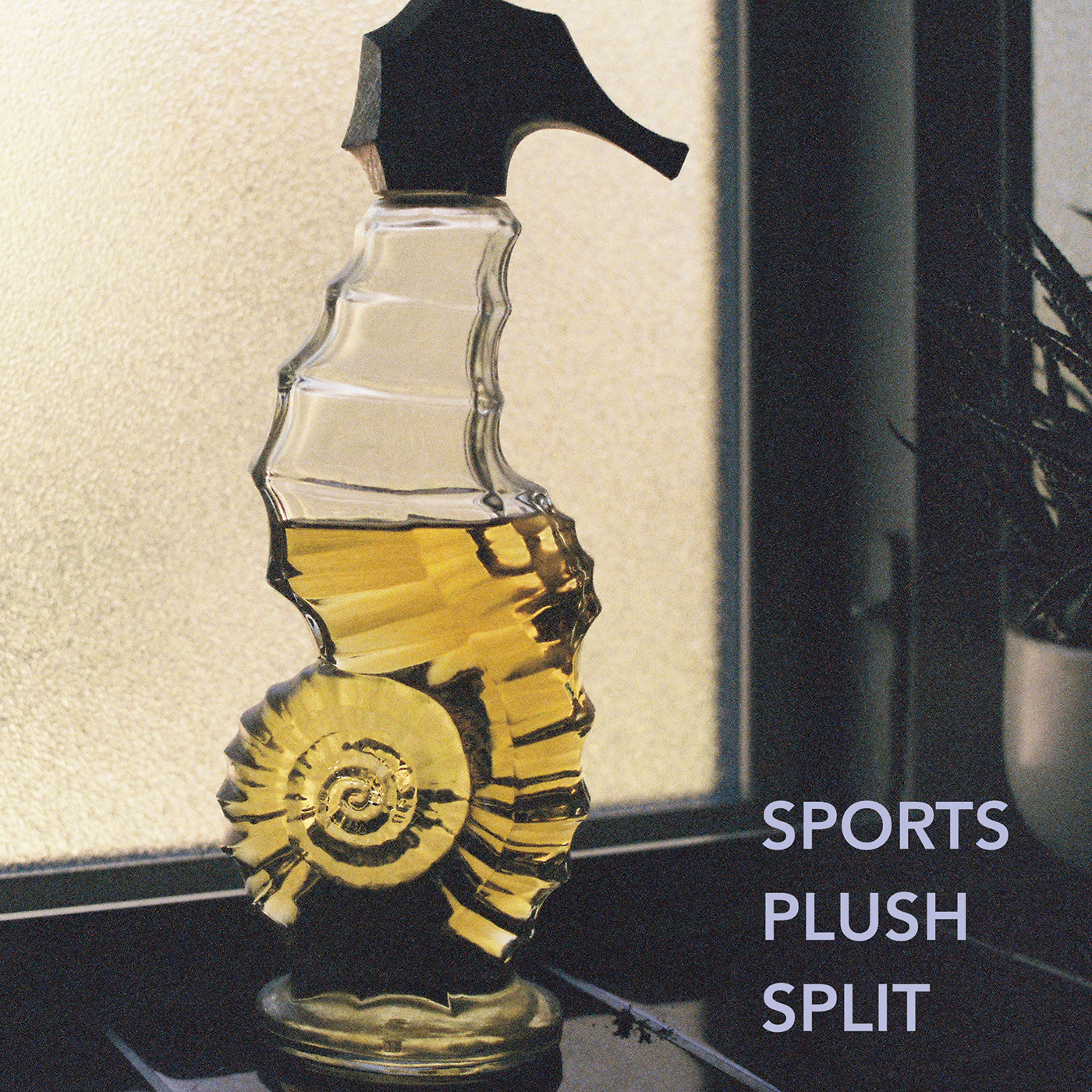 Two of your favorite Father/Daughter bands have united forces to release a killer split. We present to you the first and last 7" of 2017, the SPORTS (Philadelphia) and Plush (San Francisco) split release. 1 7", 2 bands, 3 songs, and endless listening awaits you in one of our most exciting releases. Listen to "Making it Right", the first song to be released off the split, on NPR Music HERE and pre-order the 7" vinyl HERE.

If you live in New York, catch SPORTS with Diet Cig and Ratboys this Friday, September 8 at Bowery Ballroom. Limited tickets left HERE.

Let's give a warm welcome to Father/Daughter Records' newest label-child, Fits. Stream their first single, "Ice Cream on a Nice Day", off their first full-length release on Stereogum here. Pre-order the record digitally, on CD, or on two vinyl colors (Coke Bottle Green, limited to 200 & Milky Clear, limited to 300). All Belief is Paradise releases on 11/17. 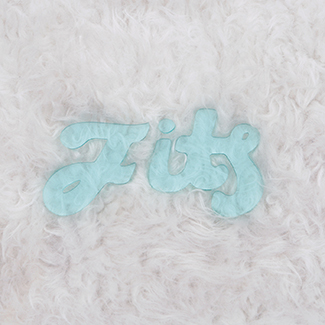 List of record stores stocking Over Easy vinyl on Sep 8

If you missed out on a Diet Cig Over Easy Fried Egg LP, these are the stores who will be stocking it on Sep 8. Most stores ordered 1-3 copies so act fast! This list will be updated as more stores place orders + the band will have limited copies for sale at their upcoming shows. The Fried Egg variant is the ONLY vinyl that has been made so if you find one, it's the limited color!